retrofit for front only (= 2 ports)

Based on the concept of a reliable and affordable protocol the new AESOP standard is aimed to cope with live applications in harsh environments where EMI and RFI should not degrade audio quality or cause a control link loss, also a single failure, either cable or device, should not affect system performance.

AESOP protocol boasts a negligible propagation delay from amplifier to amplifier for true professional use in the touring market and in the most exclusive installations where latency in the network propagation is not acceptable. KAESOP is available with main RJ45 connectors on front panel or rear panel (just factory configured), while an optional second couple of auxiliary RJ45 connectors can be added to the standard front panel ones in the rear panel, replacing the rear panel RJ45 for RS485 control, this last option requires a metal work so that is offered just as a factory update while the front panel option can be retrofitted to any K Series amplifier even by skilled end customers. The AESOP protocol, just presented at the AES standard committee for approval, is free of charge for any manufacturer that would like to implement it in his products, creating a virtual possible future standard free of any licensing.

Control runs on 100 Mbit Ethernet network with auto-sense. The dual port design allows for daisy chain and redundant ring topologies. The fault bypass feature avoid any possible network fault due to any amplifier damage or any cable link breakage, the system is able to re-configure itself in just 0,5s.

Each device can use a static IP address, assigned by the user, or can be set to automatically configure without user intervention. A discovery feature is used by the control software to find and identify each connected device, even the eventually misconfigured ones.

Ethernet control ports and switches them automatically from 100Mbit/s to 10Mbit/s to keep the link active also in the worst cases. 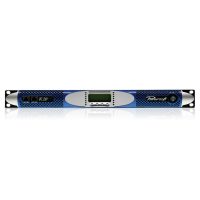 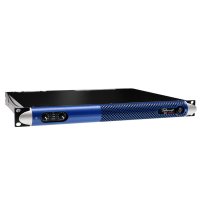 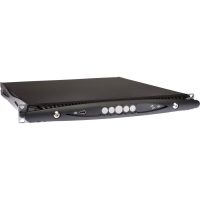 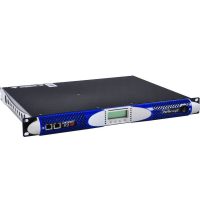