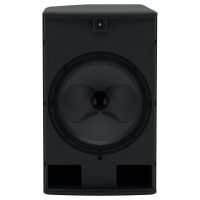 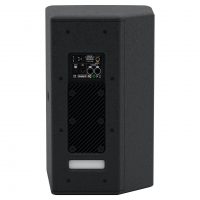 The CDD-LIVE 15 is a self-powered two-way system designed for professional live applications and installations that demand the ultimate in sonic performance from a single enclosure. Its powerful Coaxial Differential Dispersion driver comprises a 15” (380mm)/3” (75mm) voice coil LF driver and a 1.4” (35mm) exit HF compression driver with a 3” (75mm) pure titanium diaphragm. With a maximum SPL of 132dB peak at 1 metre, it is the ideal solution for medium-scale touring, theatre and portable live sound applications, as well as premium installations and stage monitor use.

For simple set-ups, ‘plug-and-play’ presets — as well as a user-defined preset — can be selected on the rear panel, instead of using computer control. As an alternative to its analogue inputs, the CDD- LIVE 15 is Dante enabled for digital audio distribution and control over a single CAT5 cable to maintain audio quality however long the cable run.

The CDD-LIVE 15 is incredibly versatile. Its multi-angle enclosure can be used in either horizontal or vertical orientation, with rotation of the driver easily accomplished by removing the screw-free, protective grille. The tour-grade enclosure is constructed from multi-laminate plywood and finished in a hard-wearing polyurea coating. Integral fittings include a top-hat for pole mounting and multiple M8 inserts for attachment to a yoke or universal bracket with a wide range of up and down tilt angles. 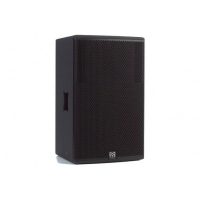 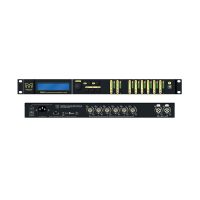 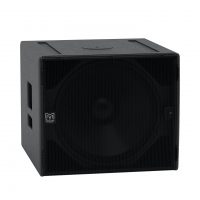